How I Discovered the Healing of Avita Yoga

I was going to begin by saying “I found Avita…” but realized I didn’t find it, it found me.

A journey to Costa Rica

I had been planning on traveling down to Pavones Yoga Center where I received my initial yoga certification with the intention to do a continuing education course. However, as fate would have it, I met someone who couldn’t say enough about his experience at Bodhi Tree Yoga Retreat in Nosara, Costa Rica. It had been years since I’d had a vacation and I decided on the latter. At the end of my vacation, it didn’t escape my notice had I not met this man, I would not have gone to Nosara and met Jeff Bailey, the founder of Avita Yoga.

Even though I was traveling solo, I knew I would be in a place of kindred spirits and I would have a great time. I met many wonderful people down there, most from Colorado who were on an Avita Yoga Retreat. The people I met that couldn’t say enough about the practice and how it changed their lives. Of course this piqued my interest and I was introduced to Jeff Bailey. I told him I kept hearing amazing things about this practice and asked him what was it all about. He simply invited me to come to a few classes and see what I thought. 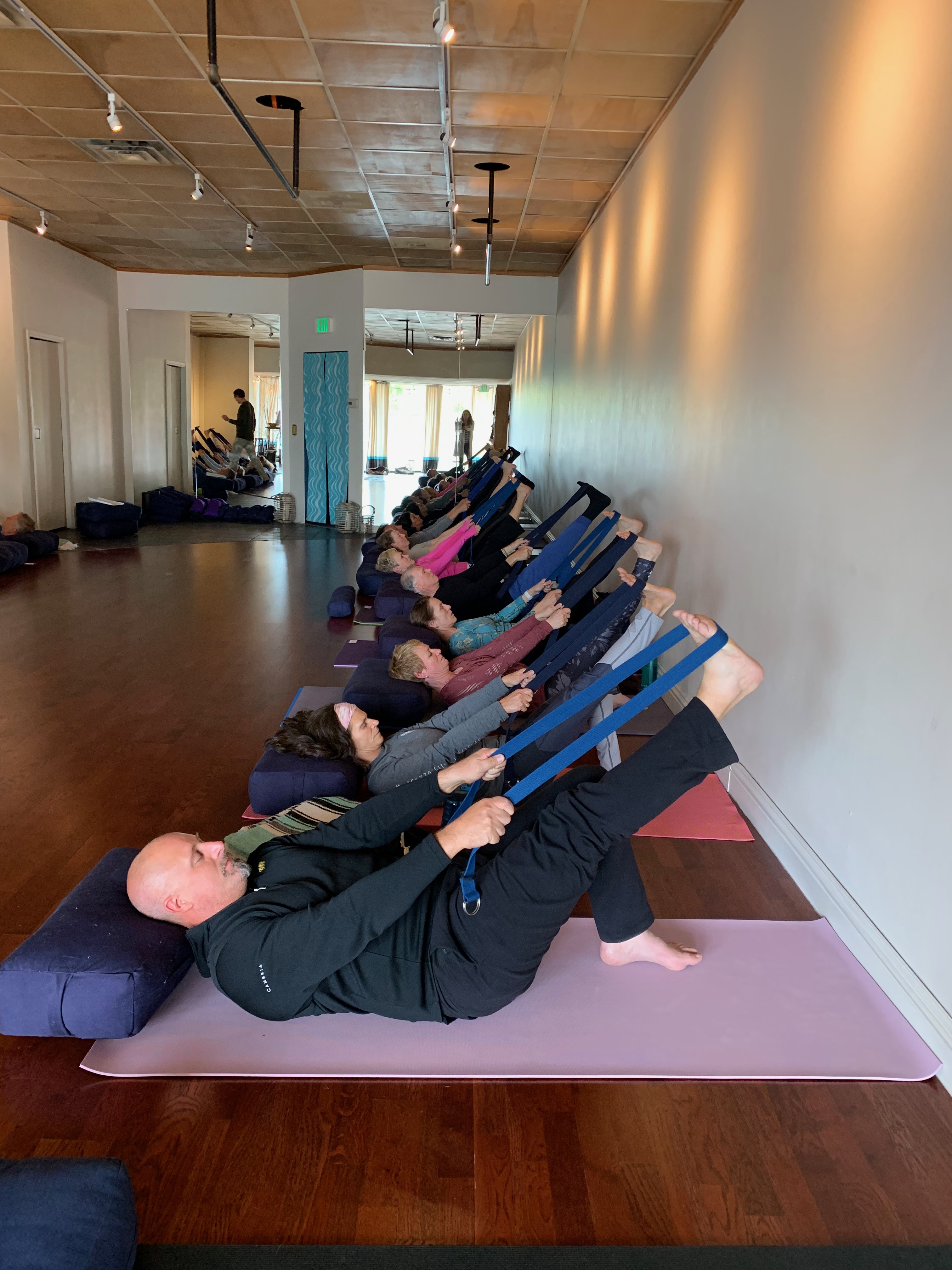 The next morning I attended my first Avita class. One of the things that struck me as I entered the studio was the broad range of ages. There were 40-somethings all the way up to 70-somethings. The other thing I noticed was the deep sense of calm I felt as we moved through the shapes. I was in over ten car accidents during my teens and 20’s (I’m embarrassed to say I lost count) fortunately none in a very long while! In addition to the car accidents, I’ve dislocated both of my knees and have had two concussions from playing sports. Even with regular chiropractic care, exercise, and yoga, all of these injuries began to take a toll on my daily life. At some point during the class, I knew this was something I didn’t even know I had been looking for. Something my body needed and I intuitively knew this was it.

After class, I knew that this was the next step on my yoga path and asked Jeff when he would be doing a teacher training. Within a few short months, I was commuting to Boulder, Colorado once a month for six months to get my Avita Yoga certification.

Avita is a methodology that identifies and resolves restrictions in the body. And it works with and for every body. I got to find this out first hand and experiment on myself. Not only did I have a history of issues stacked upon issues, I ended up with a shoulder injury just two months before the teacher training began. I had to stop doing vinyasa because I couldn’t lift my right arm more than 30 degrees without searing pain. I couldn’t do any activity that used my upper body and I couldn’t sleep on my right side, again, because of the pain. I’m tough but when something hurts so bad I cry, it’s bad.

I did chiropractic, massage and acupuncture. It helped but only to a certain degree. I still couldn’t sleep on it, if I moved it the wrong way, I broke out into a cold sweat and still couldn’t do any exercise with my upper body.

I’ve never experienced anything where the results happen so quickly. I did Avita twice a week plus extra on training weekends. The pain in my shoulder gradually began to dissipate within the first month, by the second month I was back to doing Vinyasa Flow, and by the third month, I woke up on my right side! No pain. And not only no pain, more mobility than I had had before.

The results will be different for every body because none of us has had the same life experiences as anyone else. This is only a bit of what Avita has done for me, the question is, what will it do for you?